So I've been bitten by the Games Workshop bug, and finally started to paint all those board game miniatures. 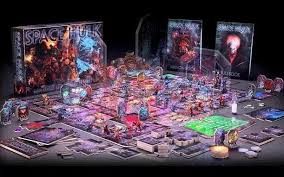 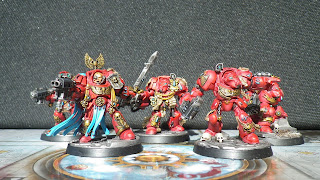 Considering these are over 8 year old and push together miniatures they have fantastic details, very sharp edge plastic models.

But what's the point is you have nothing to kill! 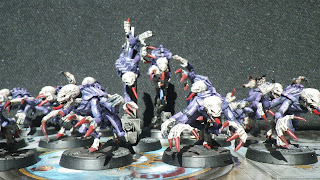 Genestealers, this group come from two different box sets from Games Workshop, Space Hulk as per the terminators and a new boxed game "Lost Patrol" released in 2016, sadly no longer available. 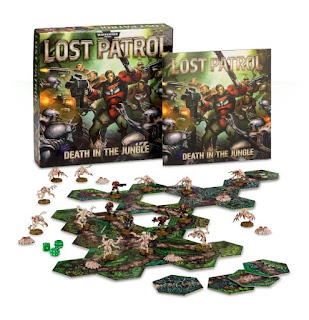 But Deathwatch Overkill offer something new for the old Terminator vs Genestealer match up. 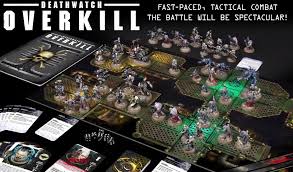 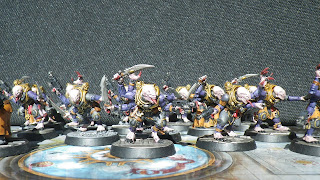 I love these models, new, deadly and far more interesting to paint than the typical Genestealers. I don't expect much from the auto pistols but they still have rending claws.

More to come from these boxed sets soon..
Posted by Get behind me, Dice Gods! at 22:28 No comments: 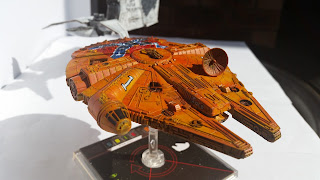 What happened? 2 years and no updates!

Well X-wing happened, Imperial Assault happened and so many other projects, I have so much more to post on my painting projects.

Gaming wise, I've slowed way down, I went very hardcore into Fantasy Flight Games X-wing and then played just about any game FFG made for Starwars.

I've pretty much stopped playing Warmachine and Hordes - New version didn't come quickly enough for me sadly and I made the error of painting Games Workshop miniatures (Ouch, hooked!)

Above is a lucky dip prize I painted for a X-Wing team event - based on the General Lee ! 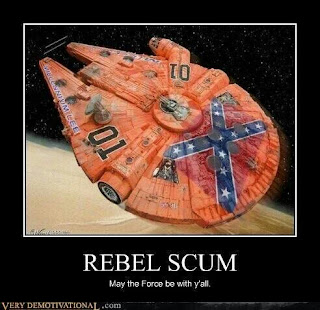 I just finished my first few game of Imperial Assault Skirmish this weekend and thought it would be good to review how the game played, what I liked about the game and any lessons I learnt (many)

So how does the game work is a good point to start.

Imperial assault is a two player skirmish game. Strike teams (Army) is constructed by each player and are limited by points (40) and faction Imperial, Rebel and Mercenary.

Luke Skywalker (if you don't know who this is why are you reading this :) )

Gideon Argus - Leader (who is this guy? I don't know but he is cheap and buff's your models)

Elite Rebel Troopers (You get 3, think the guys that get killed by Stormtroopers at the being of Star Wars A New Hope Ep.4)

Rebel Saboteur (you get 2 Duros models)

Rebel Saboteur (you get 2 Duros models)

So 10 models and 6 Activation is it good? not sure but it was fun. oh and if your wondering what a Duros is (see below)

So Jay's Strike team 8 models and 5 deployments. This seemed a bit small to me but Vader is 18 of you 40 points and IMO well worth the points.

The Mission we played was on the Massassi Ruins map. Leave no Evidence is the name of the mission and the deal is for both forces to remove crates from the board worth 6 points each and kill models of the opponent for more points - first player to 40 points win.

So having more models in my force allowed me to remove 2 crates of evidence - makes me wonder what the rebels are trying to hide? this got me 12 points early in the game and because I've watched more games on YouTube than Jay I targeted the officers and kill them both.

Jay went on a Vader rampage (Many rebels were sacrificed!)

I'm not going to turn by turn description of the game but the highlights were Stormtrooper being annihilated by my wookie in one corridor and rebel troops and saboteur having an equally bad time with Vader.

The last 2 acts of the game was Vader getting Luke 1 point of damage from death (talk about abusive dads - didn't he like the Light saber case he got for fathers day?) and I realising I might not win regardless of being the only player thinking about scenario (remember the crate of evidence).

So I chase down the last surviving Stoormtrooper and  gun him down for the win but it was close.

The map and balance of points in scenario and combo of removing the crates of evidence but risking the damage from the communication beacon made this mission and map very interesting and challenging.

Lessons I learnt from this game.

The game balance is good IMO for example is a model like Vader good (Yes) but is he worth almost half your army? (Yes, I guess) and I really like how scenario generally helps you toward victory but engaging and killing you opponent models is a big part of the game too.

Good luck and may the force be with you!

Just need to finish the base but it's good to go

Stats for 171 entries of Infantry (Does not include attachments) – for the purpose of this spreadsheet units with different stats such as Gattorman Bokar and Swamp Shamblers have 2 entries per unit.

Average stat for infantry in the game is:
SPD 6
STR 6
MAT 6
RAT 4
DEF 13
ARM 14
CMD 8
Cost Per model 1
Wounds per model 3
Notes: As with the casters no unit has the exact same stats, Privateers and Fennblades are very close.
Again a more precise breakdown is

Total
Spd 5.80
Str 5.97
Mat 5.80
Rat 4.49
Def 12.70
Arm 13.69
Cmd 8.9
Cost per model 1.12
Wounds Per model 2.96
It’s really close comparing casters from the two systems, Warmachine has the edge. Hordes on average does have more wounds and higher armour which I found interesting.
So again if I set the Average stat line as a base line and give all infantry a +1 for every point over is base line and a -1 for every point under.
The best Infantry on raw stats are:
Dawnguard Destors with +9 points
Blighted Nyss Raptors + 9 points
Hmm.. Cavalry seem to do really well in the statistics game but not so well on the table top, which goes to prove the value of raw stats, as always more information is needed.
Non Cavalry units
Black Ogrun Boarding Party + 6 (Very cool)
The Withershadow Combine+ 6 (Bloody Cryx)
And lowest on the scale is:
Shifting Stones – 30 (That’s it guys, proof their not worth taking :0) – also Circle is the worst faction - LOL
Sentry Stone – 28
It’s not great to be a rock in a game of warmachine, Non rock low stats are:
Field Mechaniks Gobber Grunts – 16
The Risen – 15

(Rules on the back of the card or the front for example immunity’s, pathfinder and so on)
Most special rules for infantry units are:
Clockwork Angels have 7 rules
Silver Line Stormguard have 7 rules
As do Trollkin Scouts with 7 rules
Are they good rules? No idea – need to ask someone who plays them a lot to find out.
Least special rules:
Venator Slingers
Lady Aiyana (Yes really!)
Stormfall Archers
Greylord Ternion
Holy Zealots
Archane Tempest Gun Mage Pistoleers
All have 0 but in many of the above cases this changes when you look at the weapons they carry or UA!
For the record there are 117 unique rules for all the units in the game (This does not include Weapon attachment or Unit attachments)
40 Units have Pathfinder, 41 units are fearless (Take that Cryx!), 24 units are Tough.

Most powerful guns carried by infantry are:
Slug Guns (Pow 14) carried by The Devil Dogs, Pyg Burrowers
Grenade Cannon - Man-O-War Bombardiers (Pow 14)
Shield Cannon - Man-O-War Shocktroopers (Pow 14)
Barrage Arquebuss – Jonne (Pow 14)
Special mention for
Rock Hammer - Trollkin Runeshapers (Pow 14) magic attacks.
So based on the Stat, just to prove a point or the lack of one.
Arcane Tempest Gun Mages – Stat Score (-1), Pow of guns 10, P&S of melee 7, 0 special rules
Man-O-War Shocktroopers - Stat Score (+5), Pow of gun 14, P&S of Melee 14, 3 special rules
This is why we see nothing but Man-O-Wars on the table and never see Gun Mages?
Posted by Get behind me, Dice Gods! at 03:39 No comments:

just a few extra models added for the first tournament in the slow grow league (I did very poorly!)
Ghetorix character Warpwolf very scary dude on the table kills all the things!

My favorite warpwolf the pureblood , the older metal model is cool and he not so bad on the table. the 10 inch boostable spray can be a real surprise.

Apparently you don't play circle properly until you've made your opponent cry with shifting stones, I'm not there yet. still a work in progress.

Just started Circle for this years slow grow (I have faction add so bad - need help!)

Get behind me, Dice Gods!
What’s to say? I like gaming, gaming doesn’t always like me :0) I've been playing wargames for 20+ years. I really enjoy collecting and painting miniatures for various games but Warmachine is addiction right now. I plan to dedicate this blog to the collecting and painting of armies for various wargames. My painting style is army painting, character models tend to disappear amongst the rank and file but the overall colour scheme and painting standard lend towards nice to look at from the other side of the table. I have won awards for best painted armies but only when judges don’t pick the models up for a closer look.